Due to lockdown restrictions we’re rescheduling the finals and will advise you as soon as we can.

Their dishes, work experience and what they're up to now... 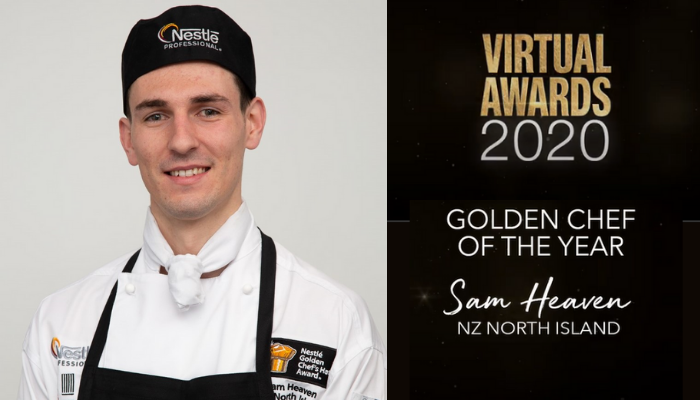 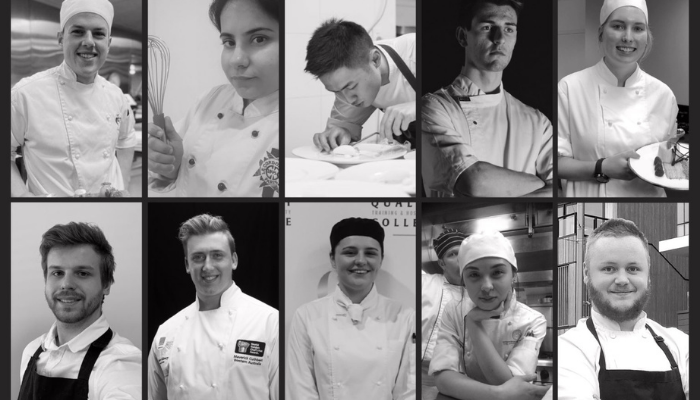 2020 was the first time the competition went 'virtual' whilst the world was in lockdowns, and Sam smashed it! Sam was awarded a $10,000 cash prize for winning the competition up against nine other talented chefs across each region in AU & NZ.

Sam Heaven has always had his eye on what’s next and making the most of opportunities that come his way. During his short career, he has already notched up a number of impressive highlights including stints at The Sugar Club, the Park Hyatt in Auckland and now Oncore by Clare Smyth at Crown Sydney.

In the build up to competing at Nestlé Golden Chefs Hat Award, Sam spent hours of his own time perfecting the menu he developed and making sure he was in top form for competition day. For Sam, winning the event was a “truly humbling experience”.

“It taught me that with enough practice and perseverance and by cooking the food I love I could achieve top results in a highly competitive event.” 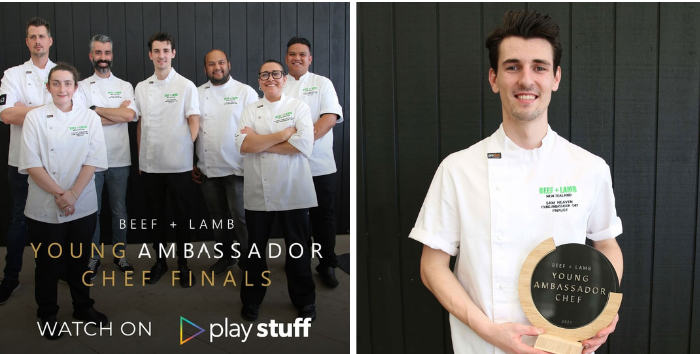 Be sure to keep an eye on what Sam is doing and find him on Instagram @sam_heaven. 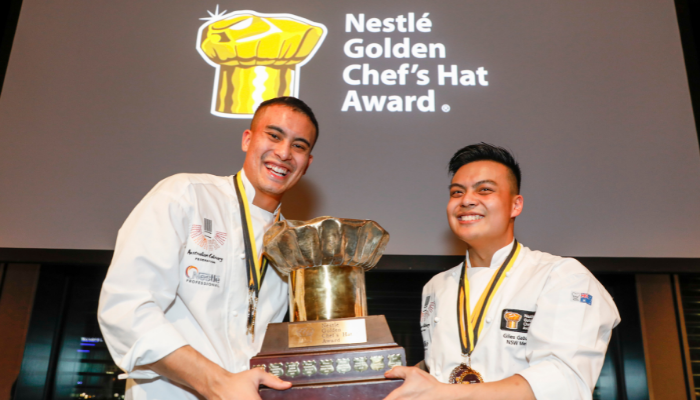 Entrée: “Tartare” of charred zucchini and roasted mushrooms, with smoked eggplant, lemon sour cream, and a salad of shaved fennel and zucchini

Main: Roasted lamb loin with a lamb and potato croquette, green pea and miso purée, peas dressed in a mint and caper salsa verde, a salad of pea shoots and red amaranth, and a smoked lamb jus 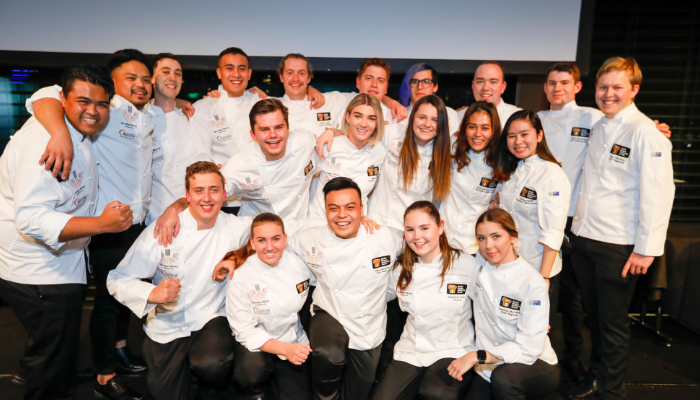 Giles Gabutina and Alessio Nogarotto were crowned the winners of the competition back in 2019. The two best friends, roommates and workmates both worked at Bentley Restaurant & Bar at the time and have since both worked in different restaurants.

“It’s still so surreal Alessio and I have won. We’re totally shocked but so happy with the result. I couldn’t have asked for a better partner and brother to do this with, and I’m so proud of what we have achieved together and what we will achieve in the future. A massive thank you for providing me with one of the best experiences of my life so far. It’s been incredible from start to finish.”- Giles Gabutina, 2019

Giles has a long history as a pastry chef, working in top restaurants such as Tetsuya and Bentley, Sydney. He has also done work placement at Maaemo, based in Oslo, Norway. No stranger to cooking competitions, Giles also won the Proud to be a Chef culinary competition in 2017.

Alessio was born into a family of chefs and grew up working in his family's Italian restaurant, a Chefs Secrets. His natural ability as a chef shone through when he started to work for his family, then going on to work at other venues in Sydney including Bentley Sydney. The Golden Chefs competition was the first comp he'd competed in!

The pair were awarded $10,000 each for winning the comptition (unable to travel on their planned culinary trip due to Covid). Excitingly, the due are about to begin their new adventure and open up their own restaurant Cricca, located in Windsor, Sydney. 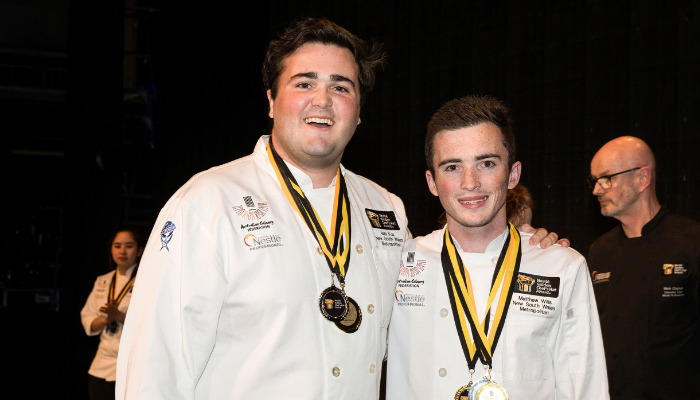 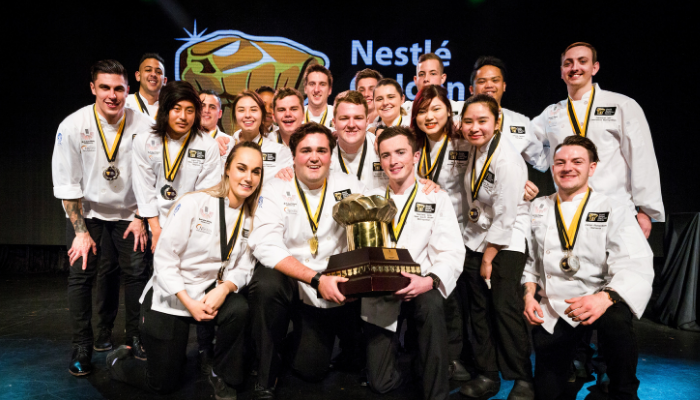 Matt and Billy were awarded an all expenses paid culinary prize trip to Italy in 2019! They explored the cities, went on culinary tours and gained work experience with the best of the best, at three-Michelin-star restaurant Osteria Francescana based in Modena, Italy. Yes indeed, that's Massimo Bottura pictured above.

Matt, who ‘grew up’ in a butcher’s shop and has worked at Opera House and The Ivy amongst his impressive CV highlights, knows that carving out a successful career in the foodservice industry requires putting in the effort.

“We worked really hard for a long time for the Golden Chef’s win. The food we put up and the teamwork between us is something I’m still very proud of. To have staged at the world’s no1 restaurant as part of our culinary prize trip was an unforgettable life experience that I’ll never forget.” - Matt Wills, 2018

Billy competed his way up through the ranks of the Nestlé Golden Chef’s Hat Award five times, making it to the finals twice, before taking out the national win with Matt. Following the 2018 winners’ accolade, Billy has represented Australia on the global stage as the Australian Culinary Youth Team Captain.

Both have since represented Australia on the global stage at the International Culinary Olympics, hosted in Germany in 2020, as part of Youth Team Australia – where the team achieved a gold medal to be ranked 7th in the world. 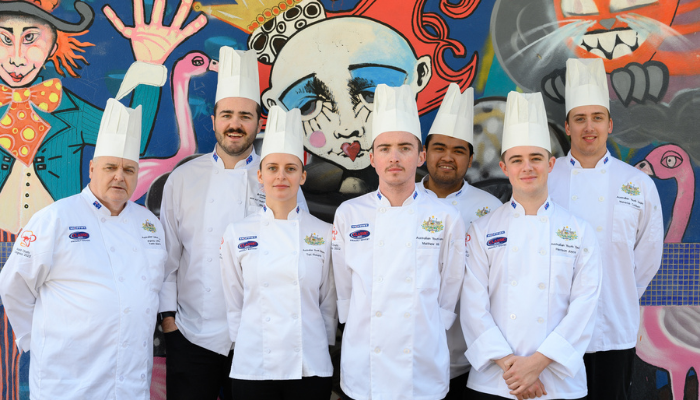 Currently, Billy is the Sous Chef at a brand new venue on Sydney's South Coast, The Imperial at Clifton. Matt is currently working as a Director of Operations at the Red Spoon Co. Since winning, both Billy and Matt have used their experience and skills and judged culinary competitions such as WorldSkills and the Golden Chefs Competition in 2020.

Follow the journey of these two as they continue to do great things. Find Matt on Instagram @willzyyy and Billy @billy_fox